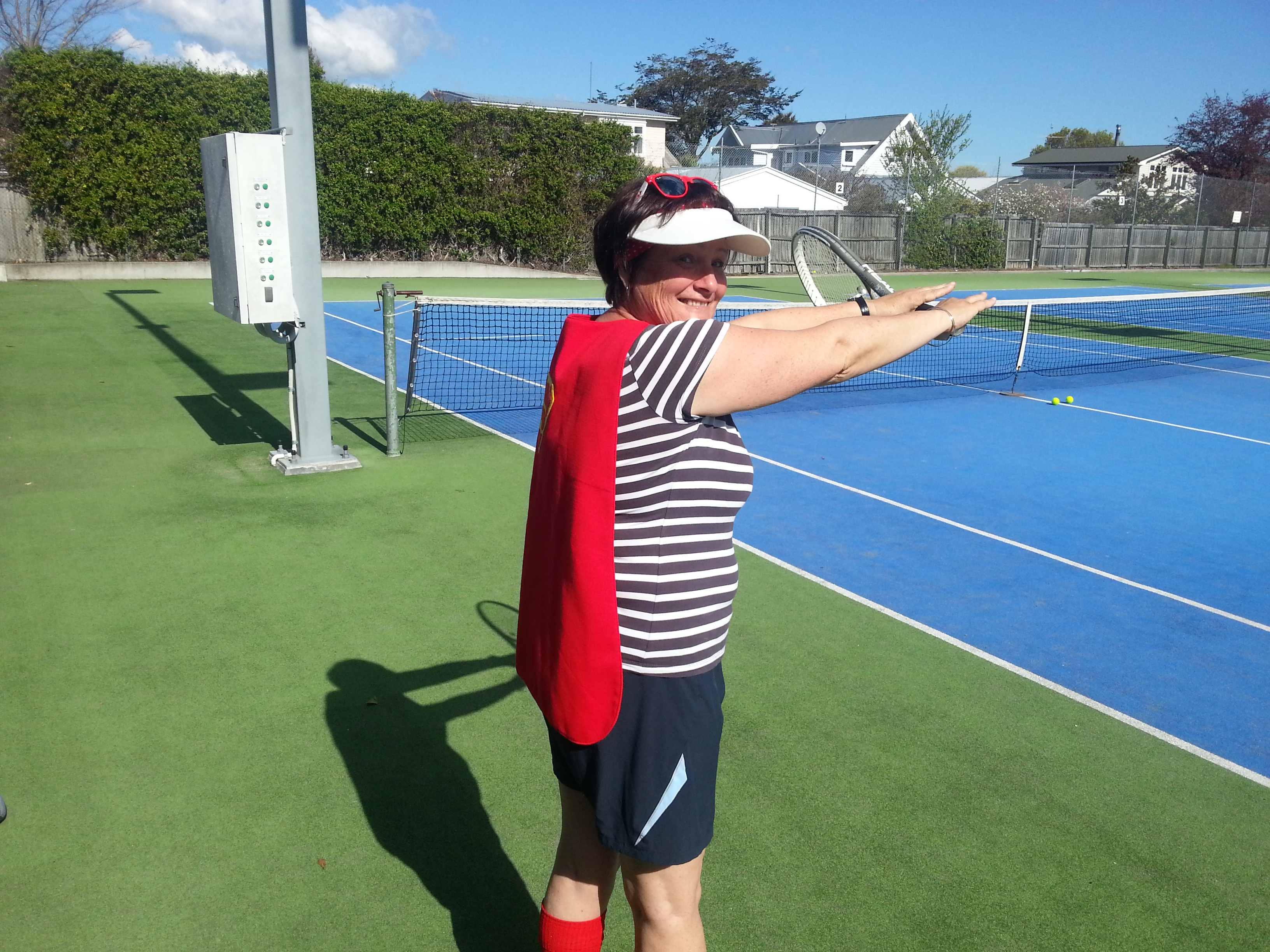 After a hugely successful morning with the Juniors it was the turn of the Senior section to celebrate the opening of the season. The afternoon saw a mix of Senior and Junior players playing a number of rounds of doubles before the official opening from Patron, Des Brading(pictured). Full courts meant plenty of time for those not playing to catch up with friends.

Des was also on hand to present the trophies to the winners of the club champs from earlier in the year.

Mark Barnes, board member of CTI, gave us an update on the state of Wilding Park and some insights into the general activities of tennis in Canterbury.

The day wound up with the traditional barbecue and beverages, a primer for the big test later that night. A big thanks to all those that attended for helping make such a positive start to the new season.